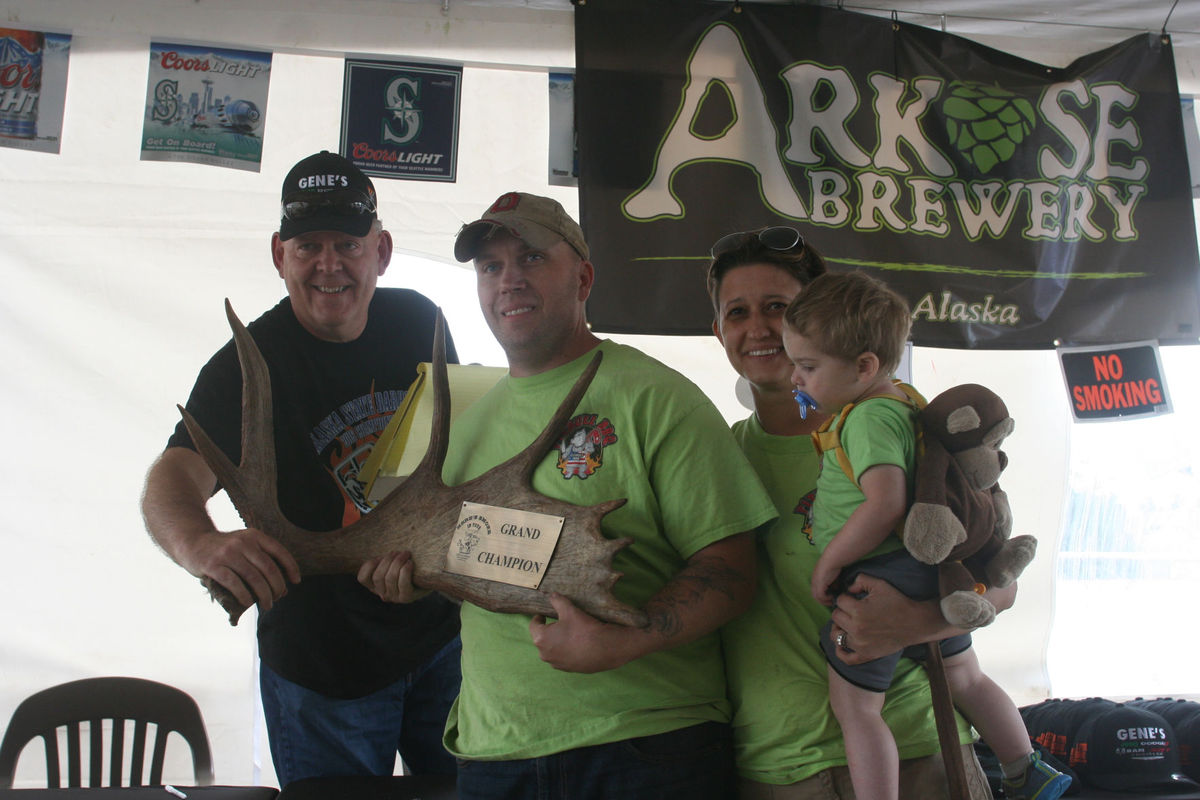 FAIRBANKS — Kenny Buggy, of Fairbanks, carried a cutting board with two large steaks to the judges’ table on Saturday. He put a pad of butter on the steak and cut the meat into sections large enough for a couple bites.

He served a piece of steak to each judge and then went back to his tent to have a beer with his teammates, The Crystal Meatheads.

The 12th annual Alaska Barbecue Association State Championship distributed $10,000 in cash prizes, and all Buggey could do was enjoy the waiting and the barbecuing until the award ceremony on Sunday.

The state barbecue championship judges eight barbecue categories — seafood, dessert, sauce, ribs, steak, pork butt, brisket and chicken — during the course of two days of barbecuing. The grand champion gets an opportunity to compete in the national competition hosted by the Kansas City Barbecue Society.

“This is our comfort zone; we sit around and barbecue and drink beer. It’s been 12 years, and I didn’t think it would last this long,” Pruhs said. “I’ve met some of the finest people in the world through cooking.”

Jeff Deckard, of Team Turnin-N-Burnin out of North Pole, said he had made an Alaska halibut Pad Thai, which he was proud of.

His teammate, Paul McLaren, flew in from Atlanta to help out.

“There’s a lot more camaraderie up here,” McLaren said. “People are friends, and I see them helping each other out here. You don’t see that down there.”

On Sunday, it was Team Pitbull, comprised of the Minderman family, that won the grand prize of $2,000 and the moose antler trophy.

“I can’t do it without my family,” Minderman said. “My advice is keep it simple and don’t overthink barbecue.”

Minderman was stationed at Fort Wainwright, but was transferred to Fort Lewis, Washington.

“We love coming back,” Minderman said.

“There’s $10,000 payout and I came away with almost $2,000 today. You don’t have be a pro to do this,” Wright said. “You can just come out here with your backyard grill and win money. You don’t have to enter every event.”

“We practice for a year to get the perfect bite of barbecue, and when we pack up and leave, we’re going thinking about what we did wrong and what we did right,” Pruhs said.

Gene’s Chrysler Ram dealership was also recognized for their sponsorship of the event.